Today I recognised that my fear of the phone for three decades now is in fact a phobia; It is under the umbrella of social anxiety disorder and is called telephobia. This may be of assistance to other people especially those who have Broca’s post TBI.

How We WorkHow We LiveHow We Think

Scared of the phone? Here’s how to overcome that fear

Share using EmailShare on TwitterShare on FacebookShare on Linkedin

Does hearing the phone ring make you panic? Does the thought of making a call give you cold sweats?

We’re rarely separated from our mobile phones these days, but many people still suffer from a true, deep fear of making a phone call. Recognised as an offshoot of social anxiety disorder, telephobia afflicts people across countries and generations.

Those who suffer from telephobia might be comfortable delivering a talk in a room full of strangers or might send dozens of text messages a day, but get shivers when they need to talk on the phone.

“For a lot of people, getting on the phone is a particularly complex interaction,” says Jill Isenstadt, vice president of coaching for Joyable, which offers online therapy. “You have to think of things on the fly and you have to respond to what someone is saying to you.” 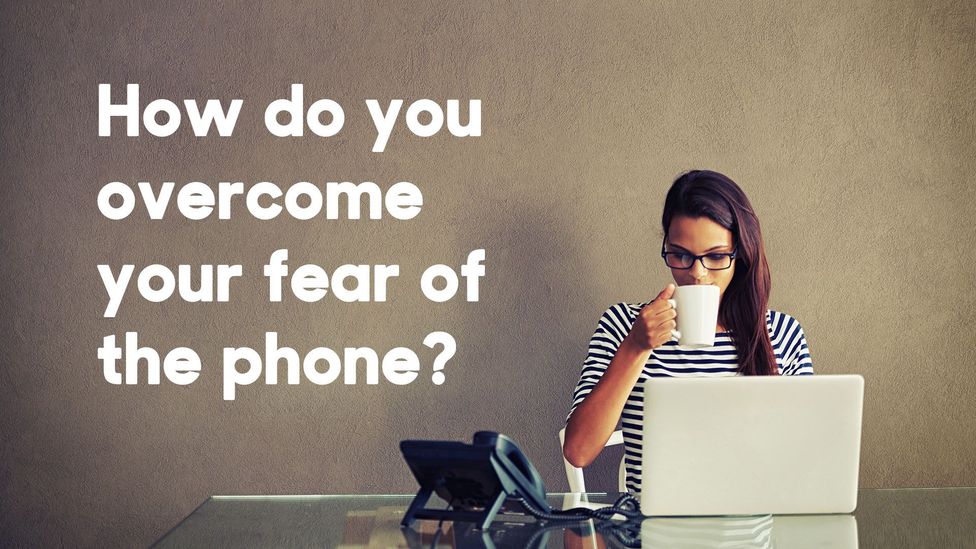 Technologies that enable communication without directly speaking to someone, have made it easier to mask the problem of telephobia. As a result, the problem has become harder to spot, and there’s no hard data on the prevalence of telephobia. Ultimately, the fear of talking on the phone can have disastrous results for productivity or job mobility.

“We have clients who come in and are held back in their careers because they are anxious about interacting with other people,” says Isenstadt. “They avoid it until it becomes dire.”

Telephobia has been around well before the advent of smartphones. George Dudley and Shannon Goodson wrote The Psychology of Sales Call Reluctance in 1986. In his 1929 autobiography, British poet and writer Robert Graves writes about developing a deep fear of using the telephone after suffering an injury while serving in the First World War.

Isenstadt has seen more recent cases of telephobia. The phone produces anxiety in her clients for a variety of reasons.

It’s not about the phone itself, but it’s something about the interaction

“It’s not about the phone itself, but it’s something about the interaction,” she says. “For some clients, the phone is another place where they might say the wrong thing.”

One of Isenstadt’s 27-year-old patients, who works in sales, worries about stumbling over her words or taking too long to respond, making her look foolish in front of clients and colleagues in nearby cubicles. 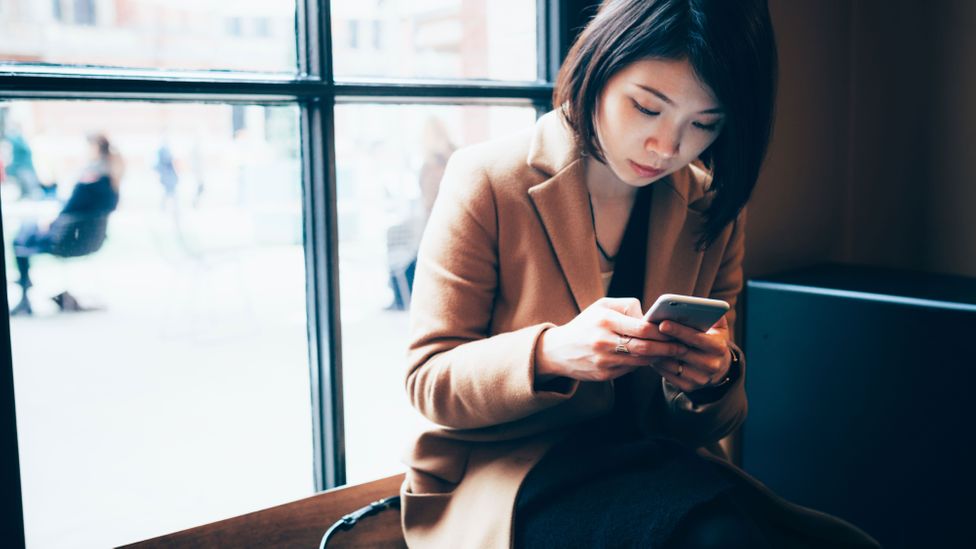 Those who suffer from telephobia might send dozens of text messages a day, but get shivers when they need to talk on the phone (Credit: Getty Images)

Another patient, a 52-year-old financial consultant, also worried about being judged and appearing unintelligent during phone calls. Instead, she defaulted to communicating with clients over email so that she could take time to compose and double check her responses.

Sales trainer Jeff Shore says that many sales professionals fear cold calling because they worry about harassing potential clients. As telemarketing took off, the phone started to be seen as a nuisance that interrupted family dinners and other personal time. Shore says that he works with people in sales who worry about “annoying people.”

In some cultures, people are apprehensive about talking on the phone, says Michael Landers, global director of Culture Crossing, a consultancy which advises groups and individuals working in a global context.

“In Japan there is a hesitancy [regarding] talking to someone you don’t know — they don’t want to offend someone or lose face,” says Landers. In Indonesia, where the average person sends about a hundred text messages every day, he says people are just less comfortable making calls.

Across cultures, the fear of the phone closely relates to a fear of being rejected, whether that means asking for an appointment with someone or trying to close a deal

Landers says that across cultures the fear of the phone closely relates to a fear of being rejected, whether that means asking for an appointment with someone or trying to close a deal.

“I don’t know a culture that loves rejection,” he says. “It’s just how you define it.”

Most therapists use an approach rooted in cognitive behavioral therapy to help patients overcome their fear of the phone. Isenstadt asks patients to identify the anxious thoughts they have about talking on the phone and walks them through worse case scenarios.

“We’re helping their mind realise it’s OK and not dangerous,” she says. Eventually they build up to making low stakes calls like ordering a pizza.

In trainings, Shore recommends that sales professionals have a concrete plan for how they will start and end conversations. He suggests thinking through how they might be adding value to the person at the other end of the line.

“The key thing is to get the motive right,” he says. When a sales professional starts to see how they are helping potential clients, cold calling becomes easier. “Once you find your worst fears don’t come through, it changes your belief about what a phone call is.” And if they can’t find a way to add value, they shouldn’t make the call.

While telephobia has mainly been studied in sales professionals, it affects people across careers from journalists and public relations professionals to secretaries, lawyers, consultants and anyone else that needs to make and receive calls to do their jobs. Telephobia can even make it hard to get a job when a candidate panics over a phone interview. 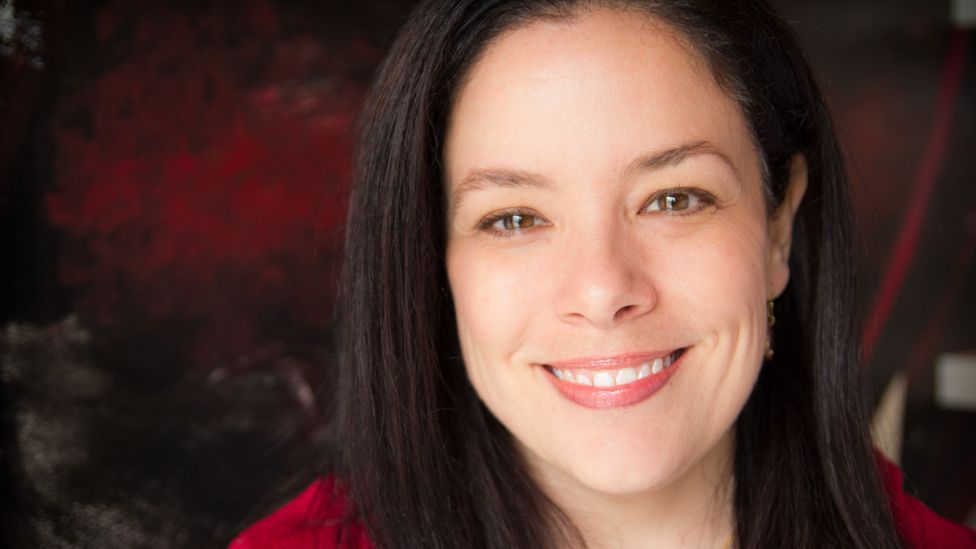 Molly Irani, director of hospitality for Chai Pani Restaurant Group, mostly now texts employees, many under the age of 35, who show an aversion to the phone (Credit: Robert Gunn)

Sometimes managers learn to adjust around the habits of their employees.

Molly Irani is director of hospitality for Chai Pani Restaurant Group, which has restaurants in Asheville, North Carolina, and Atlanta, Georgia. She says that out of 180 employees, she can count on one hand the number that will pick up the phone when she calls. Irani says she’s now gotten used to texting employees, many of whom are under the age of 35, instead.

Irani understands her colleagues’ aversion to the phone. A call, for example, can catch you off guard, when you’re not ready to deal with the conversation. The difference today, she says, is that with so many alternatives to calling, her younger employees can avoid awkward phone situations.

“Many of us have felt that [aversion], but have had to rise above it,” says Irani. “We worked that muscle, but this generation doesn’t have to.”

To comment on this story or anything else you have seen on BBC Capital, please head over to our Facebook page or message us on Twitter.

Five ways to master your telephobia

• Think through the worst-case scenario — usually it’s not as bad as you feared.
• Understand why you are making the call. Is it to inform a client or get a key piece of information?
• Plan through both the way you will start and end the call — often it’s hardest to think of a graceful way to exit.
• Start with something low stakes. To practice, make calls like ordering takeout where it’s OK to mess up.
• Know that you aren’t expected to be perfect.