Lack of computer access linked to poorer mental health in young people during pandemic. Source: UCL Research. (Energy cuts may arise, for people with mental illness prepare now; a flask for hot water for coffee, lamp/candles for light, a location, a book to replace the computer (bibliotherapy). Stop anxiety … prepare to be calm yet have something to read to tame anxiety.

Lack of access to a computer was linked to poorer mental health among young people and adolescents during COVID-19 lockdowns, according to a study involving a UCL researcher. 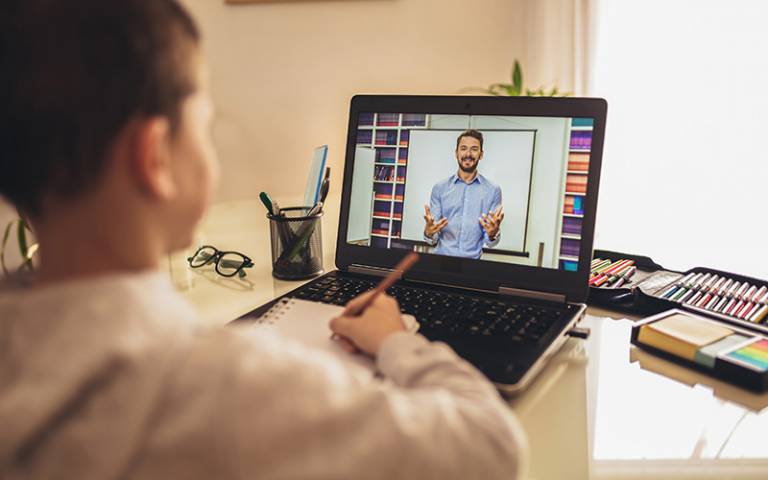 The team, led by researchers at the University of Cambridge, report in the Scientific Reports paper that the end of 2020 was the time when young people faced the most difficulties and that the mental health of those young people without access to a computer tended to deteriorate to a greater extent than that of their peers who did have access.

The COVID-19 pandemic had a significant effect on young people’s mental health, with evidence of rising levels of anxiety, depression, and psychological distress. Adolescence is a period when people are particularly vulnerable to developing mental health disorders, which can have long-lasting consequences into adulthood. In the UK, the mental health of children and adolescents was already deteriorating before the pandemic, but the proportion of people in this age group likely to be experiencing a mental health disorder increased from 11% in 2017 to 16% in July 2020.

The pandemic led to the closure of schools and an increase in online schooling, the impacts of which were not felt equally. Those adolescents without access to a computer faced the greatest disruption: in one study 30% of school students from middle-class homes reported taking part in live or recorded school lessons daily, while only 16% of students from working-class homes reported doing so.

In addition to school closures, lockdown often meant that young people could not meet their friends in person. During these periods, online and digital forms of interaction with peers, such as through video games and social media, are likely to have helped reduce the impact of these social disruptions.

First author Tom Metherell, a PhD candidate at the UCL Institute of Mental Health who at the time of the study was an undergraduate student at University of Cambridge, said: “Access to computers meant that many young people were still able to ‘attend’ school virtually, carry on with their education to an extent and keep up with friends. But anyone who didn’t have access to a computer would have been at a significant disadvantage, which would only risk increasing their sense of isolation.”

To examine in detail the impact of digital exclusion on the mental health of young people, Metherell and colleagues examined data from 1,387 10–15-year-olds collected as part of Understanding Society, a large UK-wide longitudinal survey. They focused on access to computers rather than smartphones, as schoolwork is largely possible only on a computer while at this age most social interactions occur in person at school.

Participants completed a questionnaire that assesses common childhood psychological difficulties, which allowed the Understanding Society team to score them on five areas: hyperactivity/inattention, prosocial behaviour, emotional, conduct and peer relationship problems. From this, they derived a ‘Total Difficulties’ score for each individual.

Over the course of the pandemic, the researchers noted small changes in overall mental health of the group, with average Total Difficulties scores increasing form pre-pandemic levels of 10.7 (out of a maximum 40), peaking at 11.4 at the end of 2020 before declining to 11.1 by March 2021.

Those young people who had no access to a computer saw the largest increase in their Total Difficulties scores. While both groups of young people had similar scores at the start of the pandemic, when modelled with adjustment for sociodemographic factors, those without computer access saw their average scores increase to 17.8, compared to their peers, whose scores increased to 11.2. Almost one in four (24%) young people in the group without computer access had Total Difficulties scores classed as ‘high’ or ‘very high’ compared to one in seven (14%) in the group with computer access.

Tom Metherell added: “Young people’s mental health tended to suffer most during the strictest periods of lockdown, when they were less likely to be able go to school or see friends. But those without access to a computer were the worst hit – their mental health suffered much more than their peers and the change was more dramatic.”

Senior author Dr Amy Orben (University of Cambridge) added: “Rather than always focusing on the downsides of digital technology on young people’s mental health, we need to recognise that it can have important benefits and may act as a buffer for their mental health during times of acute social isolation, such as the lockdown.

“We don’t know if and when a future lockdown will occur, but our research shows that we need to start thinking urgently how we can tackle digital inequalities and help protect the mental health of our young people in times when their regular in-person social networks are disrupted.”

Tom Metherell was supported by the British Psychological Society Undergraduate Research Assistantship Scheme. The research was largely funded by the Medical Research Council.