There may have been as many as 272 more deaths attributable to suicide than official figures reflected for the years 2015 to 2018. Are we masking the death by suicide numbers in Ireland? The Irish Probable Suicide Deaths Study…. Refer Irish Examiner. (Search canisgallicus.com Suicide)

“According to the report: “A coroner who is unable to conclude intent beyond reasonable doubt can return an undetermined or open verdict or a verdict of death by accident or misadventure.

“In other jurisdictions [eg, the UK], deaths may be classified by coroners as suicide ‘on the balance of probabilities’ ie it is more likely than not, based on the weight of evidence, that the death was a suicide.”

There may have been as many as 272 more deaths attributable to suicide than official figures reflected for the years 2015 to 2018.

A major new report shows that almost 80% of those who died by suicide in that four-year period had experienced an adverse life event in their past.

The Irish Probable Suicide Deaths Study (IPSDS) — a collaboration between the HSE National Office for Suicide Prevention, (NOSP), the Coroner Service, and the Health Research Board (HRB) — applied a broader definition of suicide than that used in official mortality statistics and found that, in the four-year period, there were 2,349 deaths by probable suicide.

That is 272 higher than the latest official data issued last September in a report by the Central Statistics Office.

The research also paints a picture of those who died in the period, finding that 76% were men, that two thirds had a history of a mental health condition, and that just over half had been in contact with medical services before their death. It also found that 23% had a prior history of self-harm.

Significantly, it also found that 79% had past adverse life events or stressors, including the death of a loved one, a divorce, moving location, exposure to violence, financial issues, and childhood adversity.

Fundamentally, the report compared the current practices of determining death by suicide at inquests with a broader, ‘balance of probabilities’ model used in other countries, such as the UK. 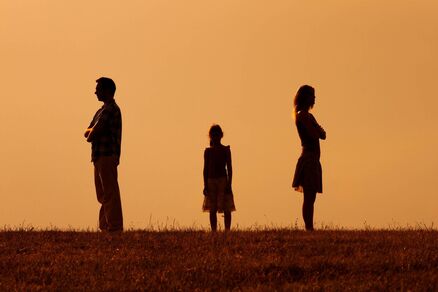 Adverse life events — from the death of a loved one to divorce or childhood difficulties — affected 79% of people whose deaths were described by the report as ‘probable suicides’. Stock picture

According to the report: “A coroner who is unable to conclude intent beyond reasonable doubt can return an undetermined or open verdict or a verdict of death by accident or misadventure.

“In other jurisdictions [eg, the UK], deaths may be classified by coroners as suicide ‘on the balance of probabilities’ ie it is more likely than not, based on the weight of evidence, that the death was a suicide.”

The research found that 69% of the IPSDS cohort deaths met coroners’ standard of evidence (beyond reasonable doubt) for a suicide or equivalent verdict, while in 12% of IPSDS cohort deaths, an undetermined or open verdict was returned by the coroner — something that was more prevalent in cases involving women than men.

In 3% of the IPSDS cohort, deaths received an accident/misadventure verdict at inquest, again more likely to be cases involving women, and in 16% of all IPSDS cohort deaths, there was no formal verdict available or recorded. It said drownings and poisonings were more likely among the cases analysed to have received an undetermined or open verdict.

People aged 35-44 received the highest proportion of suicide verdicts (beyond reasonable doubt) compared with other age groups, while children aged 14 and under were less likely to receive a suicide verdict (40%) compared with those in other age groups. It concluded that the findings had the potential to support the development of suicide prevention and intervention efforts, as well as in the implementation of key relevant actions of the State’s Connecting for Life plan.

Men more likely to take their own lives

Men are more than three times as likely to die from suicide as women, according to the Irish Probable Suicide Deaths Study (IPSDS), and the major new report also shows that those aged between 35–54 years are most at risk. 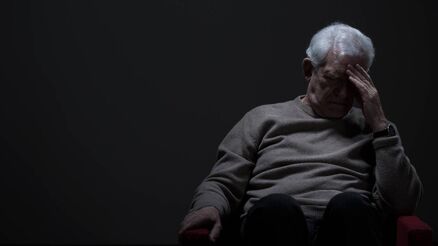 Men and those aged between 35 and 54 are most at risk of taking their own lives. If you are having suicidal thoughts, please see the links at the foot of this article. Stock picture

The study found that, in addition to an average of an extra 68 deaths by suicide each year, above official figures, between 2015 and 2018, major themes emerged in relation to the lives of those who died.

For example, half of the IPSDS cohort were single at the time of death, while a higher proportion of women (6%) were widowed in comparison with men (2%).

One key aspect was the very high prevalence of adverse events or stressors that may have affected their emotional state — present in 79% of the cases analysed. Current mental health issues were present in 43% of cases, and 19% had experienced relationship difficulties.

The research also analysed the methods employed and the most recent communication before the person died. The report also found that while two thirds of deaths took place in private areas, mostly at home, 30% of the suicides between 2015 and 2018 occurred in public places, adding that this data was “an important tool in restricting access to means”.

“For example, deaths in public locations can attract harmful media attention and can have significant psychological consequences for those who witness the incident or those directly involved (such as a train driver),” it said.

The report analyses a range of information relating to the cases that came before inquest and, according to a lived experience reviewer of the IPSDS: “Being single and possibly isolated is also a key risk factor and something that can be targeted by community services.”

• If you are affected by any of the issues here, please remember that you are not alone. You can find help by clicking on Samaritans.org online, or talk to somebody now by phoning 116 123 from anywhere in the EU, 24 hours a day, seven days a week.

• The report is available in a PDF file here on the HSE website.