Eric Topol @EricTopolThis will go down in history as one of science and medical research’s greatest achievements. Perhaps the most impressive. I put together a preliminary timeline of some key milestones to show how several years of work were compressed into months. 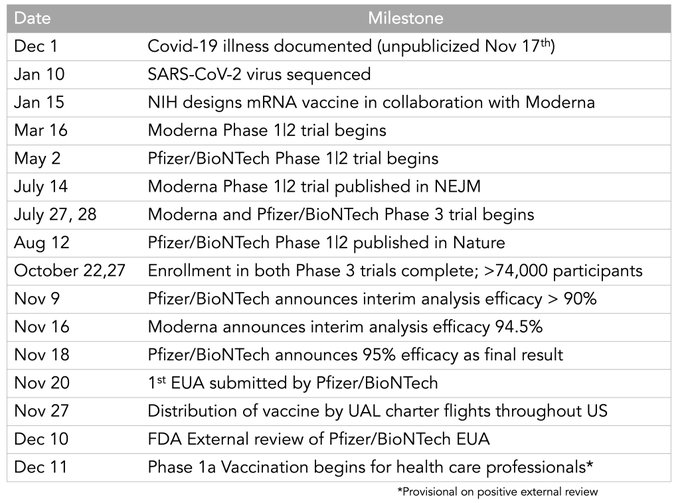